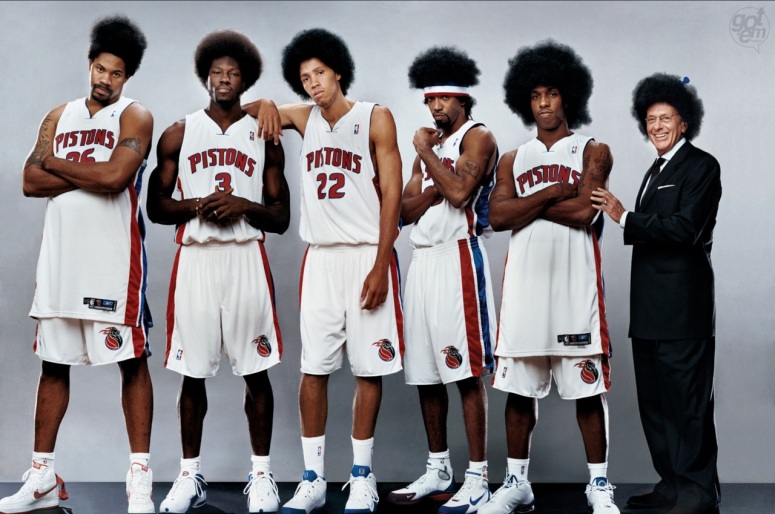 Much is to be said about playing the game the right way. A few teams have actually won this way and of course all the championship teams would say they played the right way. So what defines your own definition of what “playing the right way” is? There are a few head coaches who preach this and some of them had success. Names like Greg Popovich, Phil Jackson, Pat Riley, Larry Brown, Rick Carlisle, and Doc Rivers, they all follow the mantra of playing the right way. Although there’s an unspoken element in all of this.

No one talks about having veterans in place and hungry youth all at the same time in order to push beyond boundaries and limits teams thought were placed on themselves. The Golden State Warriors had this element, the Miami Heat had this element, and the Spurs, Celtics and Lakers can also be thrown into this fray. For the love, my 2004 Pistons are also a “play right” team.

Now speaking of these veterans, we have the Boston big 3 with older veterans behind them and with young Rondo hungry to win. Young LeBron and Bosh leaned on Dwayne Wade’s experience and the veterans Shane Battier, Ray Allen, and Chris Anderson in place. During Kobe’s fourth run with his Lakers, he had Pau Gasol, Lamar Odom, and Derek Fisher as those who were experienced, with a young Trevor Ariza. The mighty Spurs of course had their own big 3 at the helm full of experience in Duncan, Parker and Ginobli, with more experience in Diaw and with youth in Kawhi, Green, and Mills. The Champion Warriors have Curry, Thompson and Green with vets Iguodala, Bogut, Lee and Barbosa isn’t exactly too old but he’s battle tested. Lastly, my 2004 Pistons had hunger and youth in Prince and Hamilton, and had loads of experience with Rasheed and Chauncey. Plus you had to fear the fro! Big Ben Wallace!

On the surface, these teams all had two things in common: great coaching and teamwork. It gets no better than the Spurs and Warriors who put together remarkable runs built on ball movement, spacing, and defense. The Spurs single-handedly put together some of the best team basketball seen since the beginning if basketball itself. I’m too young to have seen but research had led me to understand that basketball wasn’t so much of an individual sport as it can be now, at times. It was about sharing the ball and creating an advantage by player movement and moving the ball constantly until you found the open man.

This should serve as a PSA for the current and future stars who think the buck stops with them. It just doesn’t. Although having a superstar never hurts.