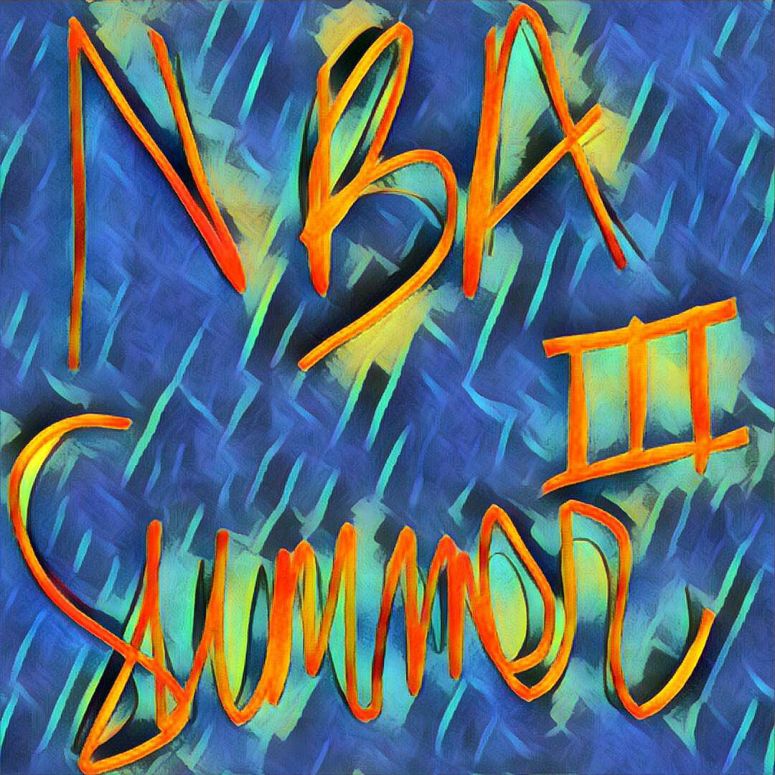 Last day of the summer! Welcome to the third and final installment of the Summer 16: Landscape of the NBA series. Let’s jump right in.

I cannot wait to see the Knicks this season. I have even higher expectations hanging over them for the season. I expect a few boosts in different forms. I think Derrick Rose will perform like Kobe did when he was coming into the season in a similar situation. I think the time Melo spent with Team USA and also him getting the team together early now will serve the team well. I see Porzingis getting even better and more consistent this year and not hitting somewhat of a wall like he did in year one. Couple that with a new coach and bench depth and the Knicks should be a playoff team. I see them winning at least 41 games. Hold it against me.

Butler, Wade, Rondo. I expect them to win 20 games off perimeter defense alone. I would say 30 since they’re in the Eastern Conference. That’s where the game is most played from in this era. Everybody wants to shoot and dribble, perimeter oriented. Everyone attacks from that point and they have someone to defend every perimeter star. They don’t have an answer for DeMarcus Cousins, Marc Gasol, Andre Drummond, and other big men, but that doesn’t mean they won’t acquire someone who can nor does it mean they can’t succeed without one.

This will probably be one of the top 5 most watched teams in the NBA this year. I’ve seen pictures from NBA2k17 that shows them drunk off of the potential of the Wolves. Wiggins, Towns, Dunn, LaVine, coach Thibs! Oohwee! This team will be young, tough, gritty, and poised to make noise this coming season. With all the shake ups taking place, I expect them to compete for a playoff spot. Should they make the playoffs, they would be my dark horse candidate to upset many teams. They’re very versatile. I expect them to be .500 as well. 41 wins at least, potentially off of Thibs always squeezing a whole gallon of lemonade out of one lemon.

They’re expected to be the worst team this year. I’d say maybe the third worst team. Look for the Lakers to make strides once they learn the offense. We see what happened with the Warriors when they were given freedom. Analytics also favor many of the Lakers players since Kobe won’t be there to jack up half of the shots. I can see them being a player in acquiring Okafor from the Sixers. Ingram for ROTY if he gets acclimated to the game fast.

They have young pieces. They have better management. They could probably use better coaching and an installment of veteran players to guide the young players. Trade Okafor for a veteran scorer (Maybe Rudy Gay?) and they’ll be fine. Especially if Ben Simmons is as advertised and will impact his teammates in a LeBron like fashion. He could facilitate this team to a top 5 watched spot with the Wolves and lock up ROTY if he can be the glue missing for this franchise. Go Philly!

I expect something huge to happen in Golden State. Kevin Durant will takeover this team and it will become his OR he’ll play 1B to Steph Curry. One of them will be LeBron, one will be Wade in this situation. Looks like Steph will be a very trigger happy Wade. Klay will be a young version of Ray Allen, Draymond will be the engine and the bench will fit in as needed led by Iggy and Livingston. I can agree with Vegas, 66 wins. Actually, let’s say 63.

This team now belongs to Russell Westbrook and they will be successful under his watch. They’ve had success with Durant before and that was adjustment on the fly. This time they’ll have the luxury of a training camp and full health from the start. Victor Oladipo will make them interesting on the defensive end along with Roberson. I think the loss of Ibaka will show early on unless Adams and Kanter both start together. Russell will be the second coming of 2006 Kobe and will receive the MVP award if the Thunder can land a top 5 seed.

I expect strides to be made by the Jazz, Suns, and Pelicans out west. The return of Exum to the Jazz, Bledsoe returning to the Suns who also have a sleeper star in Devin Booker, and Anthony Davis to the Pelicans, this will make the west very interesting going forward. Currently though, it’s still a two headed race for who will make the finals from the west.

Be on the lookout for upcoming articles. We’ll be entering training camp next week! I’m so excited! Been waiting for the season to begin! Basketball lovers, unite!