Historically speaking, it never happened before. The man that had a hand in it is now turning what was a meltdown for the Warriors into a possible place to draw motivation from. No problem right? Well, he’s motivating the opposition. His newly minted rival, the Golden State Warriors. Why provoke them if they’re supposed to have potential to be all powerful, offensively? Why give them a focus while they also work on gelling together? I think LeBron has a right to do it but why add to what’s already plastered all over the internet anyway? Not to mention how funny alot of the jokes are about them losing a 3-1 lead.

The Warriors aren’t anywhere near firing on all cylinders. They aren’t meshing fully yet at all. That’s to be expected this early in the season. They will gel as more calamity happens. More dire situations. Although they have individuals able to save them everytime. It’s currently the team play that is hurting, not their superstar play. Not in the slightest. They could definitely work on infusing more defense into their rotations. I’ll give Kerr a little more time to. I do see new plays he’s running with this offense.

Getting back to LeBron, he’s been trolling them for quite some time now. Nothing hits harder than the Ultimate Warrior shirt that he had on after winning the title. He was doing it in his own way. With more originality. I like this though, cause it lets his fans know that he’s been playing attention to everything on social media. Definitely gives them more initiative to keep the memes and jokes going on and on.
I mean, Steph Curry and Kevin Durant both have “3” in their jersey.
They play for 1 team.

Even more trolling from LeBron James via @kisskhalia_ ! Hahahaha! 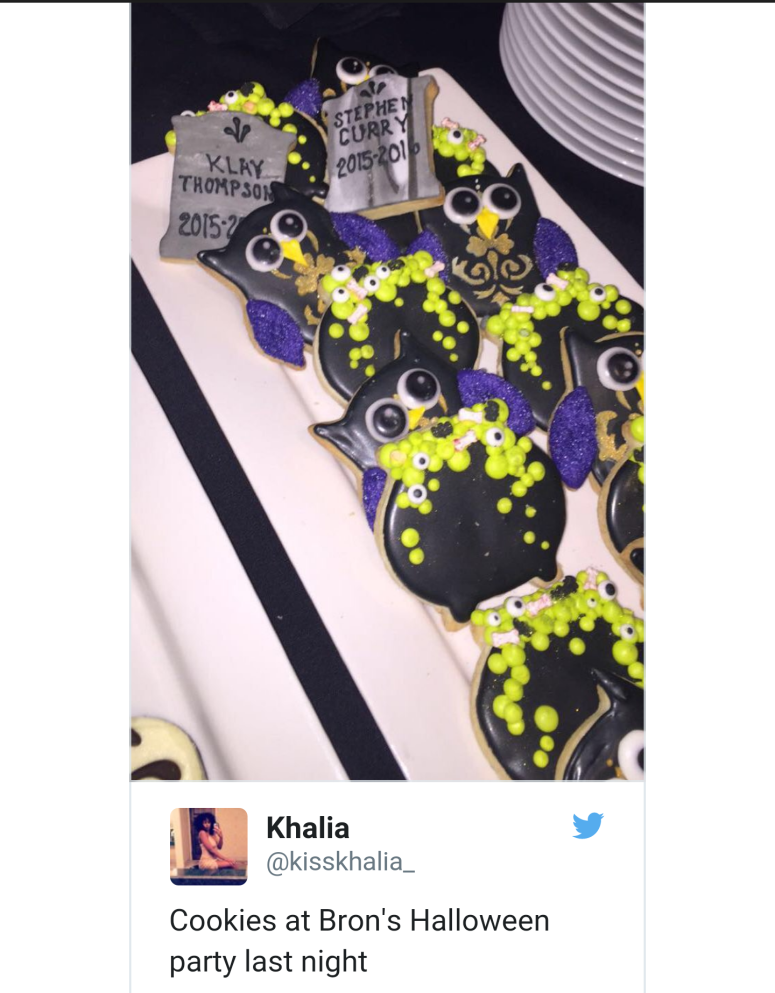