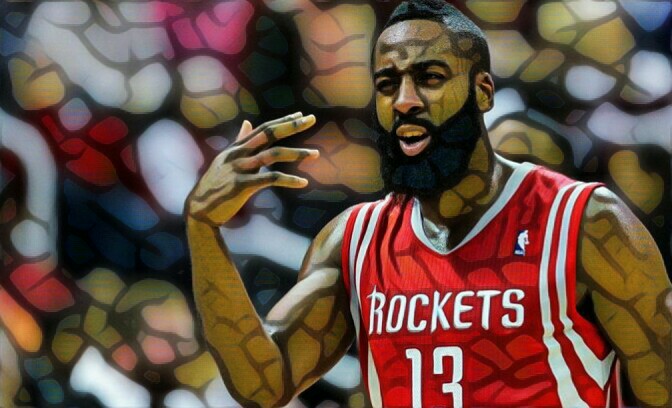 I’ve been very hard and critical on James Harden. I haven’t liked his game since his first season as a Houston Rocket. I loved the first season cause I love scorers. I also like players that can play on both sides of the floor to some capacity. I mean, don’t stand there and watch players come stroll into the lane and you’re just looking up at them like, “oh well”. That’s not real basketball if you can dip your shoulder or twitch everytime you drive to the basketball to draw a weak foul. I love the 80s and 90s rules and level of physical gameplay. I hate flopping. I hate the idea that players who think that if they score crazy that they deserve MVP awards. The MVP is based upon total game to me.

With that being said, James Harden should be considered for MVP. I’m biased towards Russell Westbrook due to the importance for him to put up those numbers for them to succeed PERIOD! That means he should be MVP, if he can secure a top 5 seed. If not, go ahead, give James the MVP. Why not? Although I will ask this question.. Will be able to get his team being the first or second round playing this way? Has D’Antoni actually found a way to get to a championship with Harden running his offense? Does Harden have enough help to get past the major teams?  The Warriors, Clippers, Spurs, and Grizzlies are very formidable. Can he get past those teams? Will he be defeated in the first round by another upstart team like the Utah Jazz? I remember what Damian Lillard did to Houston? So do I.

I think this team is an official dark horse. I think Harden may have tapped into a certain willpower he never attained before. We’ll get to see it once they playoffs come around. I hope he isn’t a fluke cause the fans will then continue to consider him a joke without remembering he was once the key piece for the Thunder when they wanted to win a championship. I don’t envision him defeating LeBron, but just making it out of the west would be like winning a championship as well. I’ll be easier on him unless he gets bounced early in the playoffs. He’s injured now so maybe that may make him ineffective and eventually lead to Westbrook being the MVP. We’ll know soon enough. Legendary season anyway.