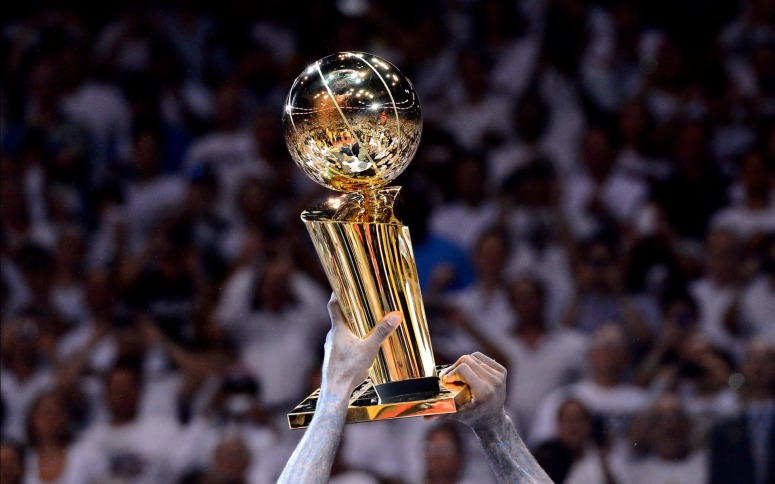 What a season thus far that we’re having! April is just around the corner. We’ve watched the steady Knicks fall hard from being a .500 team, we’re currently watching the Cavs implode as far as trust is concerned, we seen the Heat improve by adding Joe Johnson into the fold, we’ve also seen the dynamic duo of Russell Westbrook and Kevin Durant lose big games against the Warriors and Clippers. My Detroit Pistons seem to get better one piece at a time, the Bulls have fallen out of the playoff picture (as of this moment at least) and we have no idea what to make of any other team besides the Warriors & Spurs when it comes to actually being true contenders for the championship.

I’ll go in order, firstly, the Knicks. Derek Fisher gets fired midway during a skid although he helped get the Knicks off to a good start. I think it’s time for this team to start thinking “Porzingis” instead of “Melo & Porzingis” and build this team around the rookie going forward. Allow Melo to go wherever he wants as long as they can get some decent players in return and hopefully some picks, even if they’re second round picks. They need youth going forward to continue their rebuild. They should’ve never given away Tim Hardaway Jr. I think he would’ve served as an important piece going forward. They also need to go all out and hire Tom Thibodeau before the Lakers do.

Now on to the Cavaliers. LeBron James… He’s praising Stephen Curry, he’s in Miami, he’s sending out tweets, he’s doing everything to keep the media full of things to talk about and, if true, he’s continuing to give his teammates reason to believe he doesn’t trust them. He didn’t trust them enough in the finals after game 3, and he doesn’t trust them now even with them at full strength. He has Kyrie and Kevin at his disposal and has still lost to the NBA’s top teams and a few teams they probably didn’t expect to lose to, including my Detroit Pistons. Yeah, had to toss that in! LeBron just needs to either leave Cleveland again or try to get Kyrie AND Kevin shipped out of town and somehow turn that into Kevin Durant or Carmelo Anthony and a true point guard (Mike Conley anyone?) and either more minutes for Mozgov or a more serviceable big man that they’ll actually feed. I’m also not sold on Coach Lue either.

Surprisingly since they’ve acquired Joe Johnson, who I’m also not high on, they’ve been on a roll. Without Chris Bosh! They’ve been showing a different dynamic and they’ve also been able to space the floor a bit more. Dwayne Wade has been playing surprisingly good, so good that all his naysayers should be wondering if he’ll ever truly fall from being efficient and consistent. Dragic is finally coming around and being more productive and they look like they may even be able to beat the Cavs in a 7 game series now. Look for the Heat to rise before the playoffs begin and put themselves in position to compete for a championship with the likes of the Raptors and Celtics too! Never thought you’d hear that, huh?

I’ll be short about the Clippers… They need Blake Griffin for the playoffs but they’ve looked like a TEAM without him. It’s hard to figure how that makes sense but it simply does. There’s only so much Paul Pierce is going to give you, DeAndre Jordan, Jamal Crawford, and JJ Redick. Their lone star currently on the floor is Chris Paul and we’ve seen what he can do with someone he can throw alley-oops to and with a few good men around him. He needs another star with him to elevate higher and he’s due to make it to an NBA Finals. Anything less for him is honestly a bust. I’d consider trading Blake during the offseason if they lose in the first round.

The Thunder haven’t been so intimidating as of late. They’ve lost two games they should’ve won against the Clippers & Warriors. They’ve also allowed this situation to affect them mentally in my opinion. They look as if they need to retool their bench if they can get Kevin Durant to stay. I don’t really see where he would want to go. This would be his best opportunity to win a championship. He’s definitely overdue for another finals appearance. Russell Westbrook is playing like an athletic Chris Paul this season and I don’t see him bolting OKC either. It’s too much structure in place where they already are to actually leave and think they have a better chance. Unless they go east.

As far as I’m concerned, this is the Warriors championship to lose unless the Spurs can clone Kawhi Leonard.